Water And Sewer Line Work Is Affected By A Changing Landscape

When it comes to water main and sewer line work, contractors face many challenges each day. Performing repair and replacement work can be affected by the changing landscape of NYC. A typical customer may not understand why one job can be so different from another. But in fact water main or sewer line work job conditions can vary from house to house, even on the very same block. Aerial photos of different areas of New York City from the past compared to present day conditions will show how things can change over time and from block to block.

Dozens of houses built over a stream in Queens 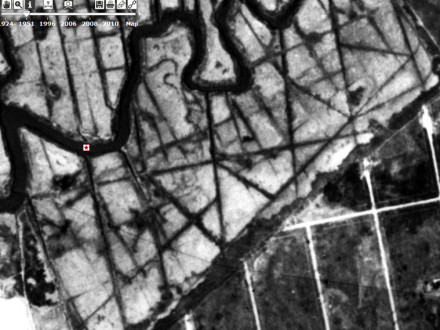 Howard Beach in Queens is a neighborhood that developed greatly during the 1950’s, and well into the 1960’s. Many parts of Howard Beach were previously swamp land, low lying areas, and farm land. There were also a number of streams that ran through different parts of the neighborhood, as evidenced by historical past photos.

When those low lying and swamp lands were readied for new development, they were filled in and made level with the surrounding area. Loads of fill were brought in that were not monitored, which meant all sorts of debris, both organic and in-organic, was present. Many parts of Howard Beach still suffer from ground settlement due to this unregulated fill, which also causes sewer line and water main breaks. 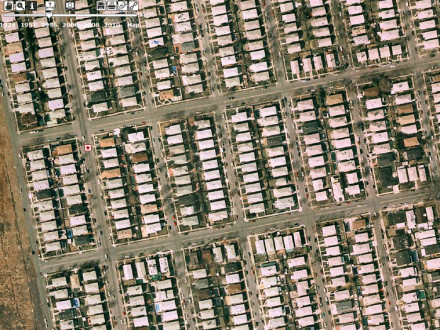 Houses were built over underground streams

But perhaps more interestingly, even the streams were covered over with fill, and then built on top of. They are now underground streams that still flow to this very day. The water level changes with the tide or depending of climate conditions. These streams mean that one house may have a ground water condition that greatly impacts sewer line work, while the house just next door may have no water condition at all. Most of these homeowners have absolutely no idea that their home is directly over an underground stream.

Houses built over an inlet in Brooklyn

Present day Mill Basin in Brooklyn is an upscale neighborhood with many expansive homes. Lawns are carefully landscaped, and properties well kept. In the 1950’s Mill Basin was virtually uninhabited with only a few modest homes present. Mill Basin had another major inlet of water in the center of the neighborhood that no longer exists. Just as in the case of Howard Beach, it was filled in with unregulated materials.

As Mill Basin was scheduled for major development and a subsequent building boom other parts of the neighborhood were also filled in to make them uniformly level. As stated, one of the areas also filled in was the major inlet that no longer exists. Present day there are a large number of homes built directly on top of the old inlet. These homes are prone to ground settlement. They are also prone to needing water and sewer line work more frequently than is normal. 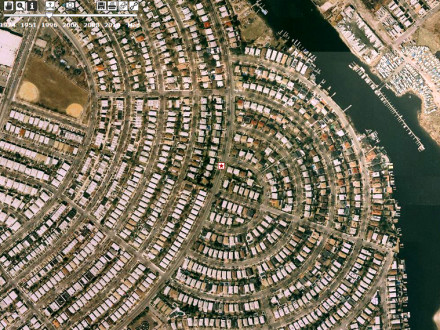 When sewer line of water main work is required in Mill Basin the ground conditions can vary from one house to the next and from one block to the next. That is because some homes are built on virgin ground, while others are built over unmonitored fill that can contain  all sorts of material. That means that performing water line on one house can mean digging in nice beach sand. While right next door can mean digging through rocks, chunks of concrete and assorted other debris.

Some parts of Mill Basin are a cement contractors dream, as constant settlement means routinely having to redo driveways and sidewalk cement. In addition the settlement can cause sewer pines and water mains to sometimes break prematurely.

Making land where none existed before 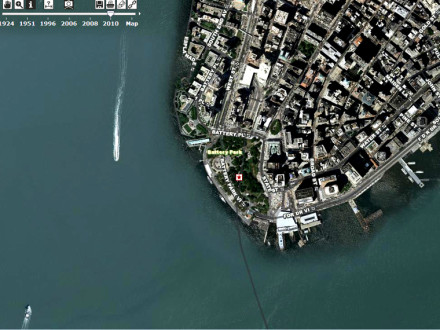 Present day Battery City Park is a beautiful neighborhood on the Southwest tip of Manhattan. It is another dramatic example of how the landscape of New York City has changed over the years. Much of the land Battery City Park is built upon simply did not exist all that long ago.

Battery City Park was created by using 1.2 million cubic yards of fill to fill in for the proposed new neighborhood. Much of the fill came from the foundation excavation work when the original World Trade Center Towers were being built.

Historically Battery City originally thrived on the shipping industry. This industry eventually went to New Jersey. Over time Battery City became dilapidated and an undesirable place to live, and most definitely not a destination spot. This is a cycle that many cities and neighborhoods have had to suffer through over the years. But in the case of Battery City, there is a happy ending. 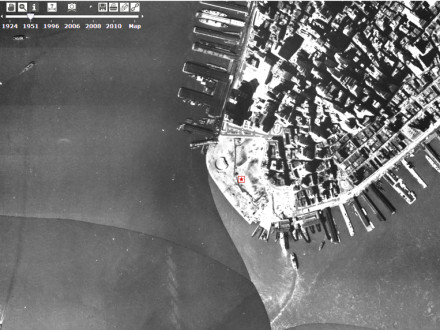 Present day Battery City Park is home to around 10,000 people and projected to eventually house 14,000 residents. This is in addition to array of financial institutions and other commercial establishments that now utilize this area. In addition, it is a weekend destination spot for families and tourists alike looking to relax in otherwise bustling Manhattan. Therefore present day Battery City Park is a successful turn-around story.

Building a house over Jamaica Bay 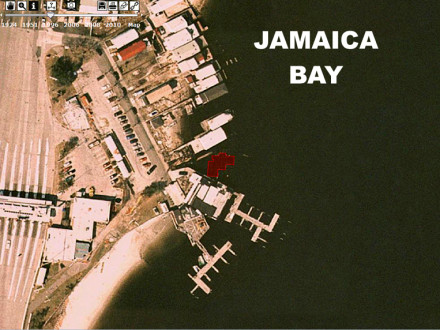 Before home is built

One of the most unusual homes in NYC is located in Broad Channel, which is in the borough of Queens. It is a neighborhood located on either side of Cross Bay Boulevard, and just North of the Rockaways. It is a tightly knit blue collar community that is bounded by Jamaica Bay and the ocean. It has historically been one the most affordable waterfront communities in all of NYC.

While many people desire to live near the water, some desire to live literally over the water. One such person carefully planned and went through an arduous approval process to build their home directly over Jamaica Bay on top of pilings. Interestingly part of the approval process was convincing NYC plan examiners that this person owned a build-able lot, that did not actually exist as a piece of land. 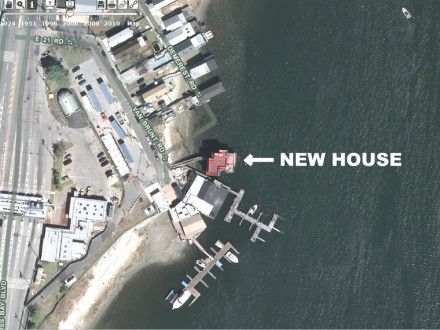 Amongst the many challenges of building such a unique house was installing a house sewer line and water service line when a body of water exists between the house and the sidewalk. The lines had to be installed under a wooden walkway supported by piles. because the lines would be exposed to all sorts of weather conditions they had to be both insulated and made water proof. This became both a one-of-a-kind construction project and plumbing project. It is also an example of what an  individual can accomplish if they set their mind to it and demand a lifestyle that fits their desires.

As the landscape changes so do the challenges 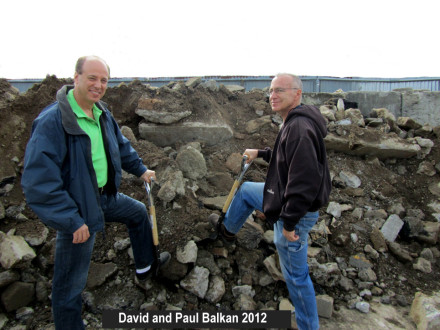 Having a knowledge of the City Of New York and its ever-changing landscape helps a contractor to be prepared for the challenges that present themselves. The Balkan family are lifelong New York City residents and have personally witnessed much of New York’s development and cycles of change. We understand that no two jobs are alike, and the need for personal attention in all instances. Please consider Team Balkan for your next water main or sewer line installation, our over 60 years of experience are at your service.

More about the challenges of NYC water and sewer line work