Sewers are vital to civilization. They also have a deep mystique. The New York City sewer system is 6,600 miles of mains and pipes (the distance between Times Square and Fairbanks, Alaska, and back). Some of the pipes still in use were laid as far back as 1853. Seventy percent of New York City sewers carry storm and rain runoff, as well as wastewater from sinks and toilets. These lines are referred to as a CSO (combined sewer systems). The sewer system does it’s best in New York, but tens of millions of gallons flow through the system every hour (1.3 billion gallons a day). 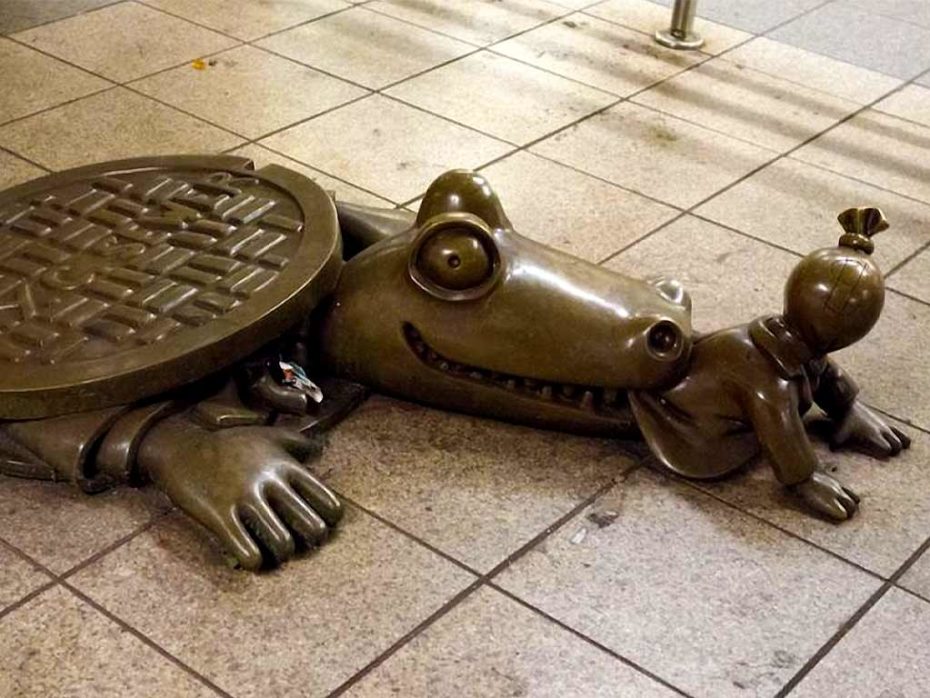 During the famous 1977 power blackout, something less well known occurred. That was when 145 million gallons of untreated sewage poured into the into the rivers around Manhattan and Brooklyn when the pumps failed. The vast majority of New York City sewers are a combined system where all water, rainwater as well as wastewater flow through the same pipes. With heavy rain, backup of sewage into basements and into the streets has been a significant issue. These backups are known as a sewer surcharge.

How the NYC Sewer System works

Wastewater flows from homes, offices, stores, and factories through pipes that lead to the 3-foot to 5-foot diameter interceptor sewer mains in the street. The mains get progressively larger as the water is collected toward the main collection lines. Eventually the water reaches a NYC wastewater treatment plant. The system was constructed to allow gravity to keep the wastewater moving along. With that said, there are also a system of pumps. Pumps are needed to overcome difficult topography. 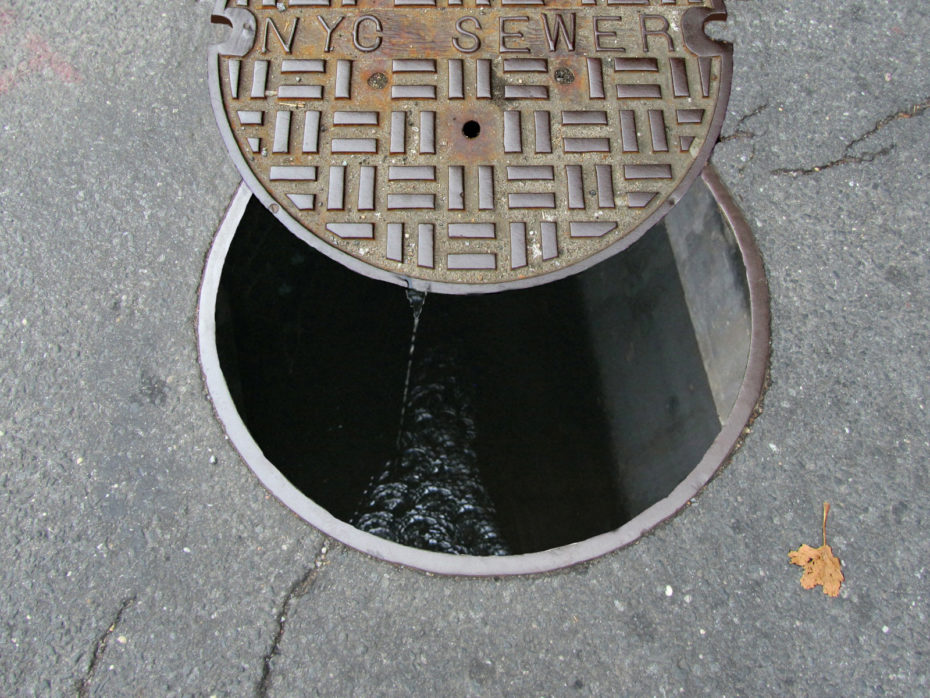 The Effects of Past Waste Water Discharge

For decades the output of the New York sewer system was simply to dump into the waterways that surround the city. This resulted in the Hudson River and surrounding waterways being too polluted for recreational use until 2009. The General Electric Company, judged a major contributor to the pollution of the river, began a major clean-up of the river. Many harmful discharges into the waterways have ceased. Water quality has been improving steadily, but many water quality problems remain.

Today, water treatment plants treat 1.3 billion gallons of water from New York City sewers daily. A variety of physical and biological methods of water purification are used. Many of these systems are designed to work much as wetlands work to purify water. Water treatment in the sewer plants is relatively fast. It only takes only about seven hours to clarify and purify the water to standards. Between 85 percent and 95 percent of pollutants are removed. Then the treated water is disinfected with sodium hypochlorite (similar to household bleach) and discharged into the waterways. 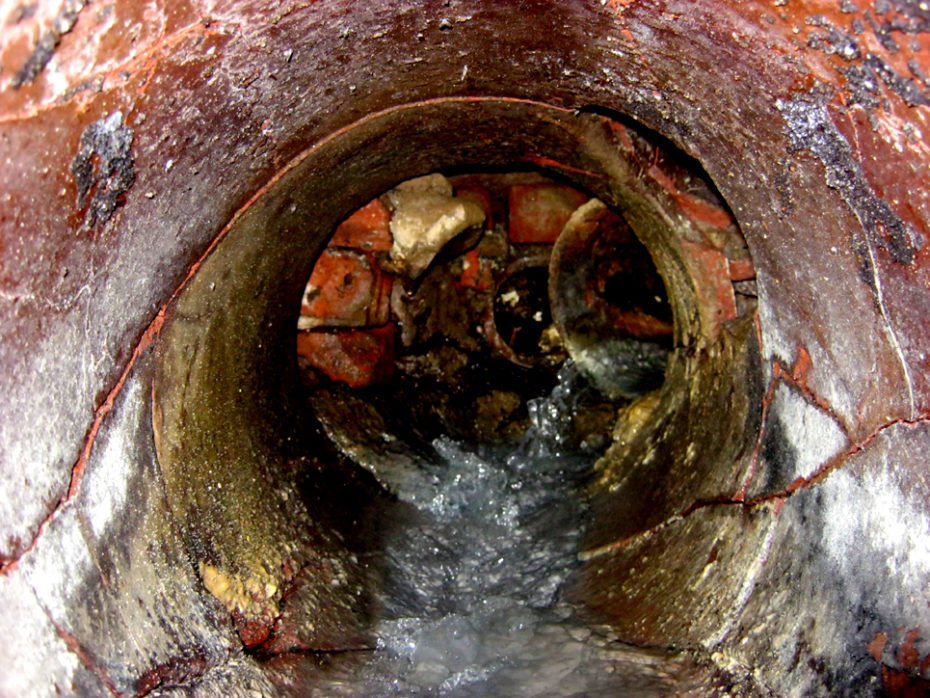 Some NYC Public Sewers are overburdened and old

The NYC first underground sewer system was put in place in the 1660’s. It took just one day, and was built in New York’s Dutch Colonial era. A channel was dug in the middle of Broad Street (the city was called New Amsterdam then) and then decked over with wood. At that time, most of the waste were simply disposed of in backyard outhouses. It was then poured into the gutter of paved streets. Or, equally as bad, the waste was poured into the streams and ponds that still existed in Manhattan Island then.

One-hundred-and-fifty years later, in the early 1800s, New York had grown so much that the city had to confront its sanitation problems. In 1849, following a series of deadly cholera outbreaks, the city started building sewers. New York laid 70 miles of sewers between 1850 and 1855. It then expanded the sewer network throughout the city as it grew. By 1902, sewers served virtually all the developed sections of the city. That meant that even tenement houses installed flush toilets. There are very few places in New York City today not connected to New York City sewers. Only a very small percent of properties in NYC and adjoining Long Island continue to use septic tanks.

The larger New York City sewers are irresistible to mythmakers and storytellers. It is a great, dark, underground water channel. The legend tells how, eighty years ago, a 16-year-old boy, Salvatore Condulucci was helping to shovel snow into a manhole near the Hudson River. That is when he encountered an alligator thrashing about in the water. He and his friends planned to lasso the animal and drag it up. He pulled the animal from the sewer, and he and his friends killed it with snow shovels.

The New York Times reported the tale on February 10, 1935. There never was any evidence that the incident ever happened, even though it has a tempting plausibility about it. February 9th is now an unofficial annual holiday, Alligators in the Sewers Day, celebrated around a bronze sculpture of the unhappy creature.

When You Need NYC Sewer Work – Reality, No Myth