Some sewer line issues are very hard to diagnose. Appearances can be deceiving and wrong sewer repair decisions can cost thousands of dollars with no positive result. A particular case in point as an example occurred on Austin Street in Queens, New York.

A property owner had been suffering 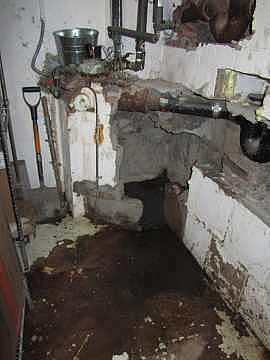 with tainted waste water on the basement floor below a flourishing bakery. The tenant was getting more and more frustrated with what they perceived inaction concerning the drain line problem on the part of the buildings owner since no sewer repair had been performed.

Eventually a NYC plumber was called to the scene that was also a Licensed Master Plumber. They too had trouble coming up with a definitive cause of the drain line problem and didn’t want the owner to spend money on a needless sewer repair. Common sense would dictate that a sewer repair was needed outside the building because the tainted waste water was accumulating near the inside front of the basement foundation wall. 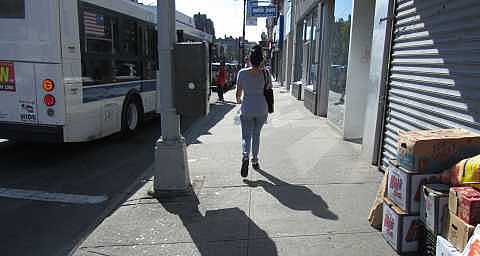 This is when trusting a licensed plumber can pay dividends. Instead of rushing into a costly sewer repair, the plumber called in their trusted plumbing contractor, Balkan Sewer And Water Main Service. Before rushing into a sewer repair on this busy commercial strip that had little room for excavations Balkan suggested a sewer dye test be performed.

At no charge or obligation whatsoever Balkan 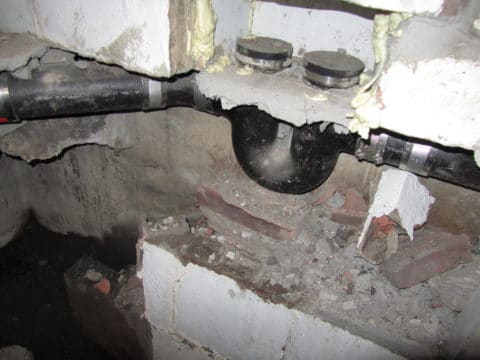 performed a sewer dye test. This was done by opening the house trap near the front of the basement and inserting a small amount of a brightly colored concentrated dye. Then an upstairs toilet was flushed numerous times to ensure that the dye entered the main drain line. After waiting approximately 30 minutes a close examination revealed no dye in the water lying on the basement floor. If the sewer had been defective the brightly colored dye would have been highly visible on the basement floor. This simple dye test removed what seemed like the most likely cause of the sewer line problem.

People frequently say ‘You get what you pay for‘ but that in not always true. Building good faith and trust with no-charge sewer line and water main services has enabled Balkan to become the licensed plumber that other licensed plumbers trust throughout NYC. That type of trust is priceless. 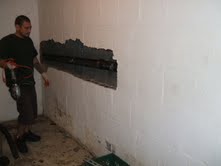 Armed with this new information the licensed plumber then began to further investigate the inside plumbing. In the end a rotten pipe hidden behind a sheet rock wall was uncovered. What seemed sure to be a costly sewer repair turned out to be a relatively inexpensive plumbing repair accomplished in less than one day by a licensed NYC plumber. When the proper professionals are called to address a plumbing situation it can be a win-win situation for a concerned property owner and their tenants alike.