Chinese Cast Iron Pipe For Your Sewer Job: A Word Of Caution

Many, if not most, NYC sewer and water main contractors shy away from using Chinese cast iron pipe for their installations. There are extreme cost benefits to using Chinese cast iron pipe in lieu of domestically produced products. But nonetheless, issues over quality have been a serious concern, that even certifications stamped on the pipe have failed to allay. The following article seems to affirm the decision to use domestically produced cast iron pipe products as a very wise decision indeed. 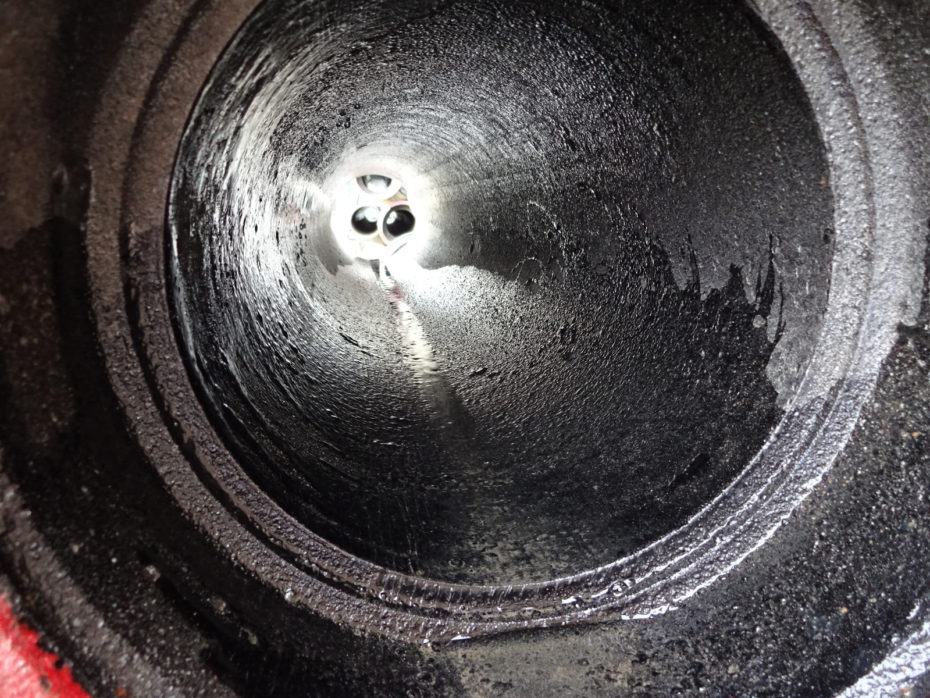 Updated on 10/10/2018: Charlotte Pipe wins a major vistory against Chinese soil pipe producers. The owners of Balkan Sewer And Water Main Service look at this as a victory for “the good guys”, and an affirmation of their commitment to have always used Charlotte extra heavy cast iron soil pipe exclusively. Read more: Charlotte Pipe wins unfair trade judgement against Chinese pipe producers

Chinese Manufactured Cast Iron Soil Pipe and Fittings used in storm and sanitary drain, waste, and vent plumbing systems in the US may be the next “Chinese Dry Wall” epidemic. The burning question plaguing the construction and insurance industries is whether the Chinese manufactured cast iron piping being dumped into the US market is sub-standard?  It has proven impossible to get recourse from the Chinese manufacturers because of their defective products.  Their refusal to stand by their cast iron plumbing products, when they fail after installation, leaves a number of US stakeholders in an adverse situation.

The financial liability associated with sub-standard imported Cast Iron Soil Pipe and Fittings is being passed on to the US companies that either sold or installed this defective material.  Then, in turn, this financial liability is being passed on to insurance companies.  This hidden liability is turning the insurance underwriting world upside down. For this reason, several leading insurance companies are deciding whether to walk away from insuring both wholesale distributors and contractors that choose to buy and install cast iron pipe made in China.

Every year US companies import and install many millions of dollars worth of cast iron pipe made in China. In recent years, a number of building contractors and property owners in Southern California have filed construction defect lawsuits charging that installed Chinese cast iron soil pipe had latent defects resulting in leaks and causing property damage.  It is expected that the number of lawsuits will expand dramatically in the future.

I have first-hand knowledge of this growing problem.  As the former owner of a plumbing supply wholesale distribution company, MWI, I have been personally named in several of these lawsuits. Dealing with these lawsuits has been both challenging and expensive.  Legitimately, the Chinese manufacturers should assume the liability for their sub-standard material, not me.  However, I have been completely unsuccessful in getting my former manufacturers to stand behind their defective material.  Regrettably, as a result of this situation, my insurance company and I have been exposed to a large liability.

This all could have been prevented.

First, had my insurance company known the potential risk associated with imported cast iron pipe and fittings, they certainly would have set my premium rates higher for coverage based on that risk.  Most likely, my premiums would have sky rocketed.  As a result, I would have been left with a difficult decision to make, because I would not have been able to remain competitive selling Chinese Cast Iron Soil Pipe and Fittings.  Either it would have been necessary for me to raise my prices significantly, resulting my company selling a lot less Chinese pipe.  Or, I would have had to purchase low risk US manufactured cast iron.  Either way, my insurance company and I would have had assumed much less long-term risk.  This all could have been prevented.

Second, had my insurance company really known the potential risk associated with imported cast iron pipe and fittings, they could have simply excluded it from their policy.  I would thus not have sold the defective material and both the insurance company and I would have had no long-term risk. Until such time as Chinese manufacturers are held accountable for their manufacturing standards (or lack thereof), I nsurance companies need to consider ways to minimize their risk to Chinese made cast iron pipe and fittings.

I believe that my situation serves as a perfect example of the real risks that plumbing wholesalers, builders and insurance underwriters face if steps are not taken to protect themselves from the adverse risk associated with Chinese Cast Iron Pipe and Fittings.

In 2002, as owner and CEO of a Southern California based plumbing supply company MWI, I saw where it was possible to realize a substantial cost advantage by ordering cast iron soil pipe and fittings from Chinese manufacturers. I made arrangements to do this and continued to maintain the necessary certificates in compliance with (IAMPO) International Association of Plumbing and Mechanical Officials and (UPC) Uniform Plumbing Code.

From 2002 to 2010, my company sold close to $40-million dollars of Chinese-manufactured cast iron soil pipe and fittings to commercial and residential builders throughout Southern California. The products were installed in condominium complexes ranging from 20 units to 350 units, as well as schools, hospitals, and casinos.

By late 2010, the Chinese manufacturers were making it increasingly difficult to maintain favorable associations. In 2011, after 30 years as a wholesale supplier, I decided to sell my company and within a short time, found myself embroiled in a legal situation that resulted from selling Chinese products that I had supplied for over nine years.

In total, nine claims were filed against me and of those, two have been dismissed when it was established that my company did not supply the product on that cited job. My insurance company has no recourse with any Chinese factories that produced the questionable product, and have no option but to defend and settle these claims. Presently my insurance company is defending seven outstanding lawsuits totaling over $45 million dollars in damages.

I began conducting extensive research into construction defect lawsuits related to imported cast iron soil pipe and fittings. Through this process, I discovered many insurance companies underwriting policies are left exposed and they may be unaware of the growing issues related to defective imported construction materials. In short, it was apparent that the current situation has the potential to reach millions of dollars in loss/damage payouts without any recourse.

It was also initially apparent that assumptions were made that inadvertently left my insurance company vulnerable. During my negotiations with the Chinese manufacturers, I was assured that all products and materials were in compliance with US environmental regulations and product performance guidelines. Subsequently, each shipment of Chinese cast iron shipped to my company was tested and certified by IAMPO. Because of this, my insurance company and I both assumed that since the product was deemed compliant then minimal risk was associated with any potential loss/damage claims. But this proved not to be factual.  Clearly, given the large number of failures due to Chinese cast iron pipe and fittings show that the products were often sub-standard.

My insurance company and I sought recourse from the Chinese manufacturers, expecting them to be ultimately responsible for these outstanding lawsuits.  We had a rude awakening.  The legal system in China is not hospitable to US product liability claims.  Law suits filed in the United States are simply ignored by Chinese companies.  Any possibly for recourse is futile, expensive and time-consuming.

Thus, my insurance company and I were “left holding the bag” for defective Chinese cast iron pipe and fittings.

Recently, my insurance company has amended their wholesale/distribution supplemental application to include: “List all products that are imported directly from overseas.” This is a logical first step, but insurance carriers should consider expanding the required information in more detail to include: the manufacturer of these products, the country of origin and also, to whom liability is assigned in the event of a loss/damage claim resulting from sub-standard products.

It’s my contention that overseas manufacturers should be required to provide their own US insurance policy, and be held liable for any potential claims resulting from sub-standard performing products. However, until such requirements are in place, insurance companies need to be aware and consider exploring other means to avoid risk by adding exclusions on future policies.

For example, let’s say a supplier fails to take steps to ensure the performance of a product, then liability should be assigned to that supplier. In situations similar to mine where each shipment received by MWI was inspected and certified, the insurance company could have stipulated that liability be assigned to that inspection agency.

Ultimately, it is in the best interest of insurance companies to protect themselves from substandard Chinese cast iron pipe and fittings.  This can be done by implementing strict policy requirements and limitations that reduce risk.  However, the best method for insurance companies to protect themselves is to exclude Chinese cast iron soil pipe and fittings from their policies all together.

This article was written by John Morally, and republished in Property Casualty 360: Story Credit

A commitment to quality cast iron pipe over cost savings

Balkan Sewer And Water Main Service is NYC’s largest and most trusted sewer and water main contractor. To keep our reputation intact we have a commitment to use none but the highest quality materials. Our materials meet or, in many cases, exceed plumbing code requirements. Balkan has exclusively used domestically produced cast iron products from Charlotte Pipe for decades, and domestic products since Balkan’s inception in 1952.

Because of  Balkan’s commitment to quality, they unconditionally guarantee water service line, and house sewer replacements, for ten years. Since 2017 will mark our 65th year of continuous operation, that guarantee has true meaning. To learn more contact Balkan Sewer And Water Main Service.