When a Brooklyn Homeowner needs a sewer replacement in Brooklyn due to a DEP “Cease and Desist Order” it is a most distressful situation. Questions race through the Owners head:

Balkan Sewer and Water Main Service handles situations like this on a routine basis. Since 1952 the property owners of Brooklyn have depended on the expert advice and integrity of this family run company. Balkan provides the correct solution and positive results for Homeowners in distress.

The end result of this Brooklyn sewer emergency was a professional installation at a fair price and another satisfied Balkan customer.

Brooklyn is New York City’s most populous borough with 2.5 million residents, and second largest in area. It is also the western most county on Long Island.

Since 1896, Brooklyn has had the same boundaries as Kings County, which is now the most populous county in New York State and the second most densely populated county in the United States, after New York County (Manhattan).

Brooklyn was an independent city until its consolidation with New York City in 1898, and continues to maintain a distinct culture, independent art scene, and unique architectural heritage. Many Brooklyn neighborhoods are ethnic enclaves where particular ethnic groups and cultures predominate. 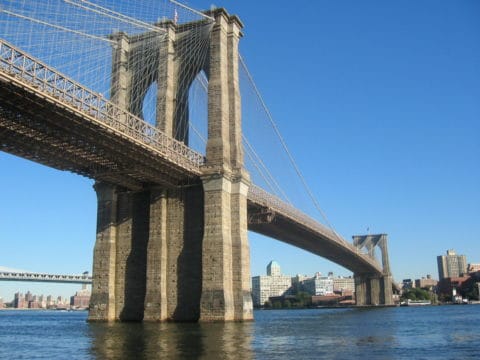 Some Brooklyn History: The Dutch were the first Europeans to settle in the area on the western end of Long Island, then largely inhabited by a Native American people, the Lenape (often erroneously referred to by the Lenape place-name, “Canarsee”, in contemporary colonial documents). The first Dutch settlements, established in 1634, were called Midwout (Midwood) and Flatbush (Vlacke Bos). The Dutch also purchased land during the 1630s from the Mohawks in present-day Gowanus, Red Hook, the Brooklyn Navy Yard, and Bushwick. The Village of Breuckelen, named for Breukelen in the province of Utrecht in the Netherlands, was authorized by the Dutch West India Company in 1646; it became the first true municipality in what is now New York State. At the time, Breuckelen was part of New Netherland. Other villages which were later incorporated into Brooklyn were Boswijk (Bushwick), Nieuw Utrecht (New Utrecht), and Nieuw Amersfoort (Flatlands). A few houses and cemeteries still bear witness to the Dutch origins of the borough of Brooklyn.