Water valve repair work is always best performed as planned work, not when an emergency occurs. That is why every property owner should tale a few minutes to locate their main control valve for their water supply. It is vitally important that the water valve is both accessible and in proper working condition. When testing a valve it is always best to check the valve closest to the house side of the plumbing. In that way if the valve does not operate properly there is another means to shut the water from a valve closer to the street side of the plumbing. 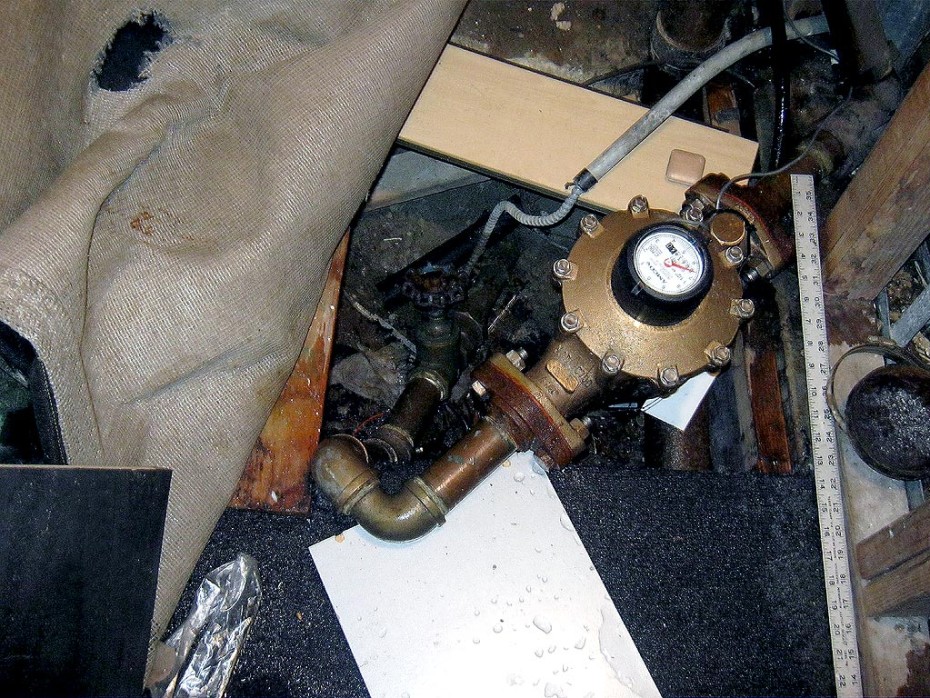 A good case in point regarding water valve maintenance occurred in Midwood, a neighborhood in Brooklyn, NY. During an extreme cold snap plumbing inside the house froze solid. As frozen water does expand, when the line thawed a leak erupted causing water damage in many areas of the house. Unfortunately for this homeowner the main water valve was covered with various items stored on top of the access pit.

To further complicate matters for the owner, once the valve was handled the stem snapped. When a valve stem breaks it makes the water valve completely non-operational adding to the complexity of the water valve repair.

When using a torch to defrost frozen inside plumbing always start at the end of portion of the plumbing that is frozen. Using extreme heat in the middle of a frozen section of pipe can cause the pipe to burst from excessive pressure – hot water expands and creates pressure. This can also result in injury from escaping steam.

Because the valve was located in a tight spot inside the sewer access pit it could not be worked on without closing the water. That meant exposing the and closing tap connection in the roadway because there was also no curb valve in the sidewalk area. Balkan was called to the scene and arrived the very same day to start work. A NYC DOT Emergency Permit was secured and the roadway was opened. 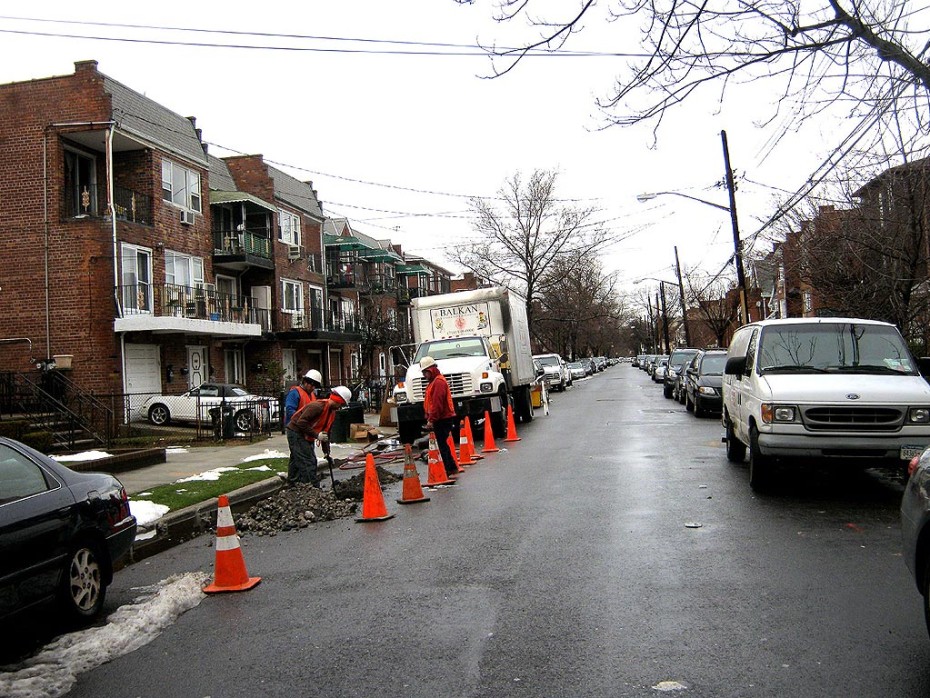 In a matter of hours the water was closed from the tap connection. Balkan then replaced defective gate valve with a more reliable and highly rated full port ball valve. Because the length of the different valve bodies varied other fittings had to be replaced as well. By early in the afternoon that same workday the water valve repair was complete. The excavation in the roadway was also back-filled and compacted that same day. Permanent restoration was performed the very next day by a Balkan in-house paving crew.

Unfortunately the homeowner suffered a lot of damage to their property. They also suffered an interruption in service during extremely harsh cold weather. This is a very good example why water valve maintenance and water valve repair should be done on a planned basis – not an emergency basis.

Water valve repair can range from extremely simple and relatively inexpensive, to fairly complicated and expensive. For instance replacing a speedy valve under a sink or faucet can cost a few dollars and take minutes for even a novice. On the contrary replacing the main water valve for an entire property requires skill and expertise. If handled incorrectly by an unskilled individual it can result in property damage and an emergency situation. 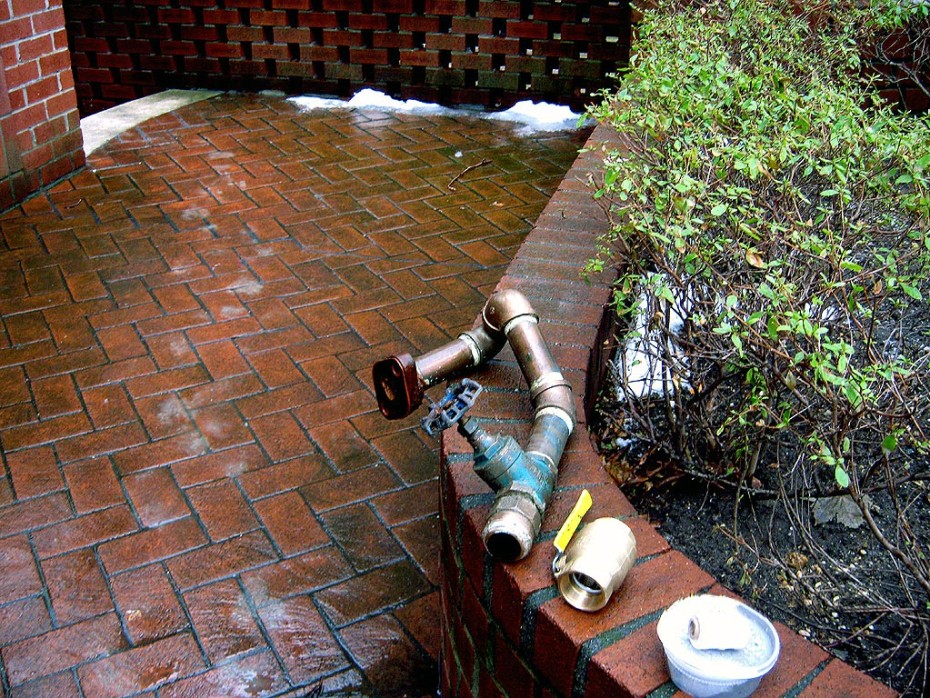 In some cases a valve repair on the main control valve can be done without shutting the water. When there is an unfinished area, such as in new construction, a valve can be spun off and replaced with the water still on. This is referred to as ‘catching it on the fly’. Only a very skilled plumber is capable of such a water valve repair. In other cases dry ice can be used to freeze the line long enough to spin off the old valve and replace it quickly. Both of these types of water valve repair work should only be trusted to a licensed and insured plumber.

In some cases, just like the case in Midwood Brooklyn above, the roadway has to be opened in order to shut off the water while the repair is performed. This is the most expensive form of water valve repair as it involves permits and roadway restoration. In some cases a curb valve exists in the sidewalk area. Curb valves must be handled by a professional with extreme care to avoid valve damage. When either a tap connection or curb valve can be shut all of the risk associated with a water valve repair is eliminated. Working with the water shut off eliminates the chance of damage from running water.

When the wire seal is broken on a water meter, a break seal permit must be secured from the NYC DEP. Only a Licensed Master Plumber can secure this type of permit. A break seal permit ensures that the meter will be resealed to meet code. 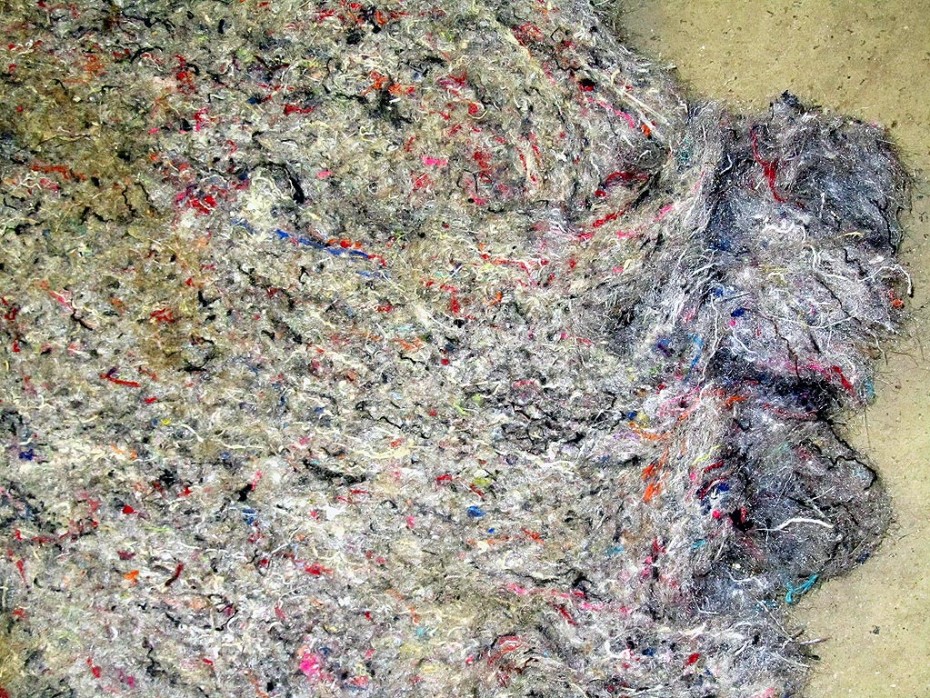