An emergency water main replacement in NYC on a fire sprinkler service requires immediate service. To maintain fire protection the service has to be repaired while the new water main replacement was being performed. Excavation has to be expertly performed to avoid any utility damage and traffic flow has to be maintained in a safe manner. Even when the site is left unattended at the end of a workday careful attention has to be made that pedestrians and vehicles alike are not in any danger. NYC DOT work stipulations have to be strictly adhered to, and the water main installation has to pass NYC DEP inspection. Hiring the wrong water main contractor could have severe ramifications.

When a property owner on 5th Avenue in the heart of Manhattan had to make a hiring decision they chose Balkan Sewer and Water Main Service. Balkan was able to mobilize and repair the service the next morning on a Friday, and continue on Saturdays to perform the water main replacement as per the NYC DOT permit stipulations.

Fire protection was maintained throughout the water main installation process, and all work was performed to strict adherence to NYC DEP code and NYC DOT requirements. When the DOT requested that work be performed in an expedited manner due to the work being on an upcoming parade route for the Hare Krishna, Balkan complied at no additional charge to the Client. Going above and beyond what is expected is routine for Balkan.

Balkan prides itself on results, not promises. For over 50 years Balkans level of service is unparalleled throughout Manhattan, Brooklyn, Queens, and the Bronx.

ABOUT 5TH AVENUE IN MANHATTAN 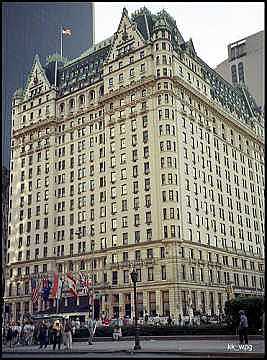 street in the world.