The NYC Plumbing Code and Intro 1481 are directly intertwined. Furthermore, the two affect all New York City residents. As clearly stated in the NYC Subsurface Plumbers Association previous response, there were serious concerns about the original version of Intro 1481. Intro 1481 is an all encompassing update to the NYC Plumbing Code. In the original version, the unintentional result of changing the definition of a building drain would have had dramatic negative ramifications for NYC property owners. The monetary ramifications could have easily approached $20,000,000.00 (20 million dollars) in total annually for NYC property owners. But more troubling were the inherent exposures to property damage, and injuries as well. This would have been a direct result of excavations having to be left open, and delays in a sure to be disjointed inspection process.

The NYC Plumbing Code: The Definition Of A Building Drain 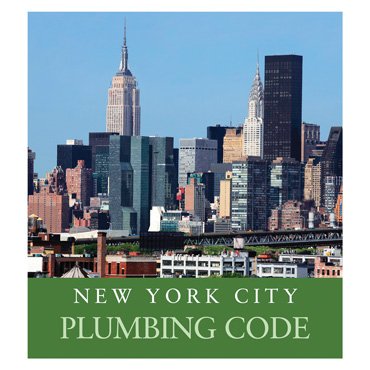 If you are the average person, the definition of where a plumbing drain starts and ends might seem inconsequential. However that particular definition has far reaching consequences. Changing but a very few words can result in a confusing inspection process. More importantly, holes would be left open right in front of the entrance to your very home or business. Needless to say, any such complications inevitably will  lead to a more costly sewer job as well.

With that said, it was imperative that the NYC Plumbing Code recognize that a house drain ends at the foundation wall of your house. To be clear, a house drain should not be defined as extending past any home or other type of building, as was proposed. There would be no known advantages to this change, and only clearly defined drawbacks.

The NYC Subsurface Plumbers Association (SPA), through their Vice President David Balkan, spoke at the NYC Council. The public hearing was held on September 10th of 2019 regarding the NYC Plumbing Code and Intro 1481. The basic tone of the response was that of relief. It was a recognition of the Department of Buildings and the DEP for taking positive steps to produce a logical and positive revision to Intro 1481. The revised version of the New York City Plumbing Code, as it regards building drains, will actually save NYC property owners money. It will also prevent property owners exposure liabilities as well, when sewer work is required. In short, it is not only an improvement over the original version of Intro 1481, it is an improvement over the pre-existing code. As stated in the response below “It is refreshing when government and industry can work together for the common good”.

The full text of the written response from the NYC SPA 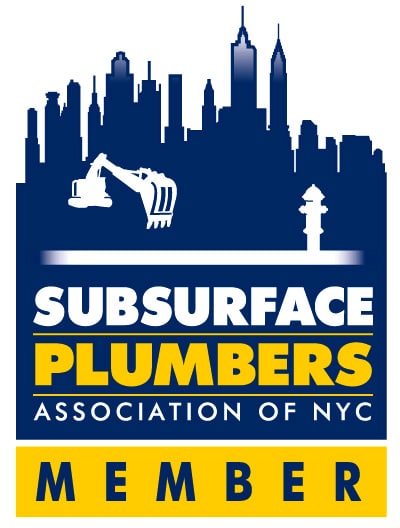 Good day Members of the City Council, and all others in attendance today.  My name is David Balkan, and I am the Vice president of the NYC Subsurface Plumbers Association, and the CEO of Balkan Sewer And Water Main Service. The Subsurface Plumbers Association is a highly regarded plumbing trade association established for well over 40 years. We are also closely affiliated with the NYC Master Plumbers Council. It is my pleasure to have the opportunity to speak here today.

Intro 1481 is an all-encompassing document regarding updating the entire NYC Plumbing Code. However the industry which I represent is the house sewer and water service line industry. Therefore we will solely address the proposed new definition of a building drain, and its corresponding component a house sewer.

In this Association’s previous response to Intro 1481, we had clearly stated serious concerns about the then proposed change in definition of a building drain. To briefly re-state our concerns, they included an overlapping and confusing inspection process by both the DEP and the DOB brought about by extending the definition of a building drain to the actual property line. This would have resulted in needless additional charges of approximately $5,900.00 to NYC property owners when they required house sewer work. Additionally, and perhaps more seriously, there was the very real potential for both bodily injury and property damage due to excavations having to be left open.

They key component of the previous wording read as follows:

“That part of the lowest piping of a drainage system that receives the discharge from soil, waste and other drainage pipes inside and that extends 5 feet (1524 mm) in developed length of pipe beyond the exterior walls of the building or up to the property line, whichever is further, and conveys the drainage to the building sewer.”

I am pleased to report that our above concerns have been appreciated and fully addressed by both the DOB and DEP, and in a most sensible and logical way. The new definition of a building drain as proposed will now be defined as ending at the outside of the foundation wall as stated below:

“That part of the lowest piping of a drainage system that receives the discharge from soil, waste and other drainage pipes inside and that extends to the exterior walls of the building and conveys the drainage to the building sewer.” The house sewer likewise will be considered to start at the outside of the foundation wall.

This simple and logical change in wording will save NYC property owner’s thousands of dollars when any sewer work is required inside their property line. Perhaps more importantly, it will virtually eliminate the potential of open excavations causing bodily injury, property damage, and flooded basements. I would like to state that the process that resulted in this very positive change in the definition of a building drain was seamless. The industry’s concerns were treated as meaningful, and representatives from our industry were treated respectfully and with a high degree of courtesy by both DOB and DEP personnel.

On behalf of my industry, and my Association, I would like to state that this experience in taking part in Intro 1481 was quite a pleasant one. It is refreshing when government and industry can work together for the common good. I would like to thank all those that took part in producing Intro 1481, including Council Staff, for your considerable time and effort. It was a truly large and cumbersome feat, one which has equally as large ramifications.  I further thank you for the opportunity to speak today, and for the ability to take part in the process.

About the NYC Subsurface Plumbers Association

The NYC Subsurface Plumbers Association (SPA) represents Licensed Master Plumbing firms that choose to specialize in house sewer and water service line work. The SPA is closely affiliated with the NYC Master Plumbers Council, and has been established for over 40 years. The core duties of the association are to keep members abreast of current code requirements, and future changes (such as Intro 1481, and the NYC Plumbing Code). Other duties include acting as an advocate for both the industry, and the NYC property owners which it serves. To learn more visit the NYC SPA.