When a NYC Plumber is performing sewer and water main work the task at hand seems to be difficult enough. Abiding by the myriad of rules and regulations while working safely and quickly is almost an art. As time goes on it seems every single city agency adds more and constraints on how work is done and when work can be done. So when something else is added into the mix, like expensive and completely bogus tickets, it makes one pause and take notice.

Just a case recently occurred in Maspeth, Queens while a water main replacement was taking place. The NYPD stopped by and wrote two tickets totaling $600.00 for violations that clearly did not exist. 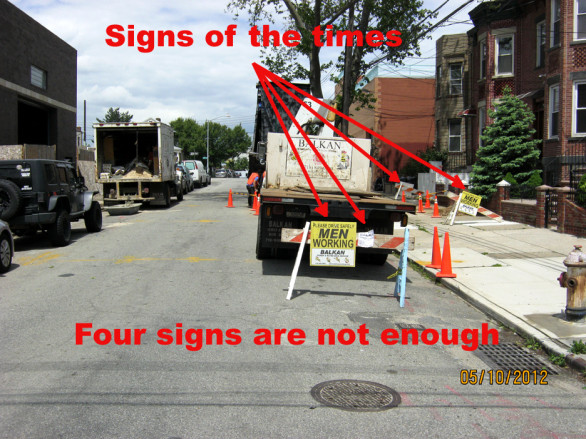 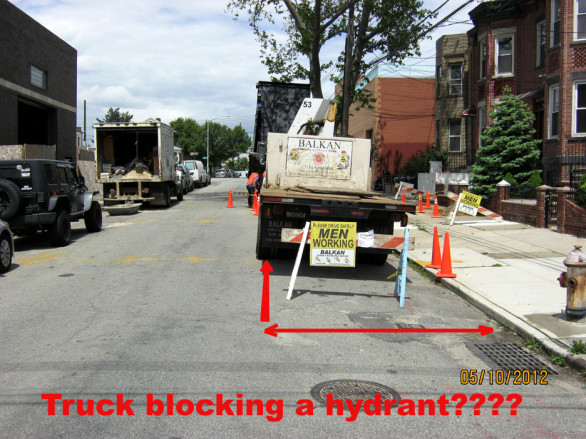 Many residents of NYC have become numb to the volume of and amount of traffic tickets generated and issued on a daily basis. Little do they understand that contractors receive tickets in a much greater volume and for a much greater dollar amount. Particularly in this rough economy tickets like these take their toll on a company monetarily and emotionally. When tickets like these are received while performing work in a professional manner and keeping a safe work-site it is almost heartbreaking to a contractor and their work force – the workers themselves are dumbfounded as to what they did wrong.

At the very least these bogus tickets add to the cost of doing business, costs which are inevitably passed along to the general public. In addition the court and legal system is mucked up with litigating thousands of tickets like these with seemingly little benefit to any concerned party. There seems to be only two very disheartening conclusions one can reach:

Writing bogus tickets has no repercussions 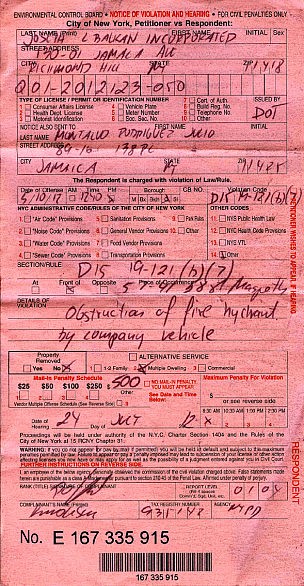 There seems to be no grading system in place or no mind paid to the accuracy and legitimacy of violations that are written by the Police Department or their counterpart the Traffic Intelligence Unit. Bluntly put it is O.K. for ‘shit in, shit out’. Maintaining a court system, tying up lawyers and contractors alike is perfectly A.O.K. regardless of the legitimacy of the alleged violation. Quantity of tickets  written seems to be the goal, while accuracy is not so important. Once on a job site the attitude is that ‘something must be wrong, there are people working’.

There are no repercussions for incompetence or an uncaring attitude. There is a nonchalance in writing violations that have no basis in fact that can easily be interpreted as unprofessional. 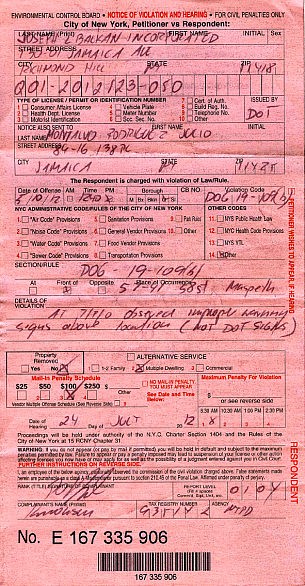 Raising taxes in a bad economic environment is political suicide, so instead utilize a not-so new and novel idea: Make a whole new assortment of  rules, laws, and code requirements with a much higher fine structure than ever utilized before. Likewise give it all a catchy name such as ‘quality of life’ infractions and implement a zero tolerance policy.

While certain city agencies that provide vital services have suffered dramatic cuts in their workforce, Traffic Agents have been added in mass. The clear message to the general public is that  services will be cut in an attempt to raise revenues through fines and summonses. However the outcome just might be to clog the court systems, alienate the general population, and have public servants (can anyone remember that term?) turned into ticket writers.