Recently new sewer line connections and water lines were needed in Bedford Stuyvesant Brooklyn. Balkan Sewer And Water Main Service was chosen as the NYC sewer contractor to perform the installations. Bedford Stuyvesant is an up and coming neighborhood in Brooklyn. This particular project was located on Nostrand Avenue which is one of the more heavily trafficked roadways in Brooklyn. Completing the new sewer line connections on schedule had to be integrated with proper safety, protection of other underground utility lines, and traffic control.

The first step to a safe excavation is properly marking out underground utilities and determining their depth below ground. This is done before and new sewer line work is even started. Balkan utilizes the NYC 811 utility location system and follows all protocols.

Before heavy excavation equipment such as a backhoe is used, all digging is performed by hand. Only after sensitive underground utility lines are exposed is heavy excavators used to complete the excavation work for a new sewer line. Nostrand Avenue in Bedford Stuyvesant is known to have extensive underground utility lines, many of which provide various services to areas outside of the neighborhood. Careless excavation could leave thousands of people without electric, gas, phone, or internet access.

Another key element of safely performing new sewer line installations is how a job site is left when it is unattended. Balkan is a sewer contractor that leaves job sites broom clean and with proper signage to properly direct vehicles and pedestrians alike. They are also noted to provide steel plates to allow for resumption of safe traffic flow during the installation process.

Making tunnels carefully by hand enables new sewer and water lines to be installed with less chance of encountering utilities and with less disruption to areas such as roadways and sidewalks. An experienced sewer contractor carefully oversees each project to ensure that working quickly is balanced with working safely. Frequently proper supervision can avoid making unnecessary excavations.

Proper wood sheeting and proper support of exposed utility lines are part of the Balkan client experience. Having new sewer lines or water lines installed should not include exposure to trip and fall claims or work slowdowns due to improper job site management issues. All field forces are 10 hour OSHA certified and carefully trained in proper sewer and water installation techniques. Call the Balkan Team for answers and solutions – not excuses. 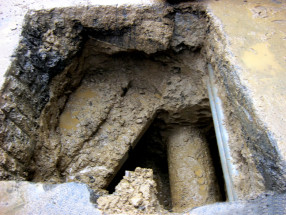 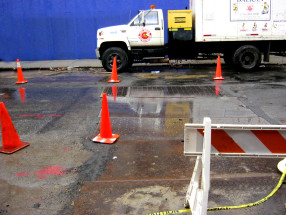 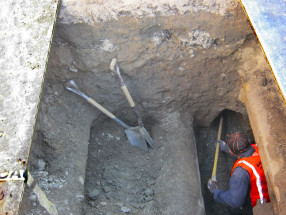 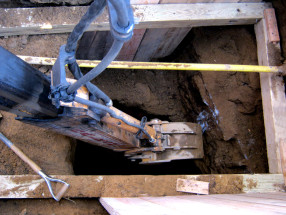 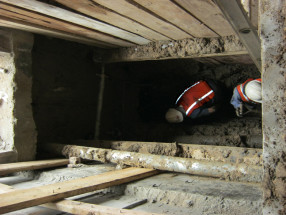 Being devoted to one’s chosen trade has its benefits. With over 60 years of performing sewer and water main work exclusively makes Balkan unique in the NYC plumbing industry. Balkan is the company that the pros choose for their own subsurface plumbing needs. With a Uniform Price Policy you can take advantage of our expertise and at a price that will meet or come in under your budget. Working safely and being experienced and organized typically allows Balkan to charge less – Excellence does not have to come at a premium price.

Living in the new and vibrant Bedford Stuyvesant

courtesy of The New York Times

“BED-STUY” — as in Bedford-Stuyvesant, the sprawling brownstone neighborhood and hub of African-American life in Central Brooklyn — once upon a time evoked apprehension.

In Spike Lee’s 1989 film, “Do the Right Thing,” the area was depicted as a simmering pot of racial tension; in the stories, told through rap, of artists like Jay-Z and the Notorious B.I.G., it seemed there were few tougher places. Even Billy Joel described walking through the neighborhood alone as evidence he may be crazy in his 1980 song “You May Be Right.”

Today, the idea that Bed-Stuy is different is nothing new. All around, well-kept houses fetch prices no one ever thought possible in the days of the crack epidemic of the 1980s.

A friendly cafe with the playful name Bread Stuy, on a hip strip of Lewis Avenue, serves iced chai tea and terrific banana bread. And this month, Jay-Z reportedly took Oprah Winfrey and a camera crew to the neighborhood to visit his grandmother.

Yet change never comes all at once, and no one is claiming Bedford-Stuyvesant has been sanitized. To start with it is almost a city within a borough, with more than 100,000 residents and several enclaves of its own.

The housing crisis looms large here; observers of maps of city foreclosures will notice a preponderance of little red dots in the area, with the overall price decline keeping some high-quality properties off the market.

And amid the brownstone and limestone facades, crime and development remain local concerns, with too much of the former and too much of one type of the latter in the form of large “luxury” developments.

“We’re not trying to become the new Williamsburg, with all these condos and everything,” said Henry Butler, chairman of Brooklyn’s Community Board 3.

But if you shrug off the baggage that outsiders might associate with it, the neighborhood, with its large supply of stately town houses and kind faces, has qualities to boast about and residents who want to share them.

“It’s a community that really cares about itself,” said Alexandra Farkas, a communications manager and theater director who moved to Bedford-Stuyvesant with her boyfriend, Scott Ross, an online news editor, in March of last year.

“I feel very happy and grateful to be in such a vibrant community,” Ms. Farkas said. “There’s tons of stuff going on.”

Right after the couple moved into their $779,000 three-family 1899 brownstone on Macon Street, the neighbors quickly came around to say hello; now they keep track of how fast the couple’s 16-month-old daughter, Lily, is growing. Parents and daughter visit the playground at the school next door, take in story time at Brownstone Books on Lewis Avenue and get weekly produce from the Bed-Stuy Farm Share.

“We were saying to a neighbor the other day that it kind of feels like ‘Sesame Street,’ ” Ms. Farkas said.